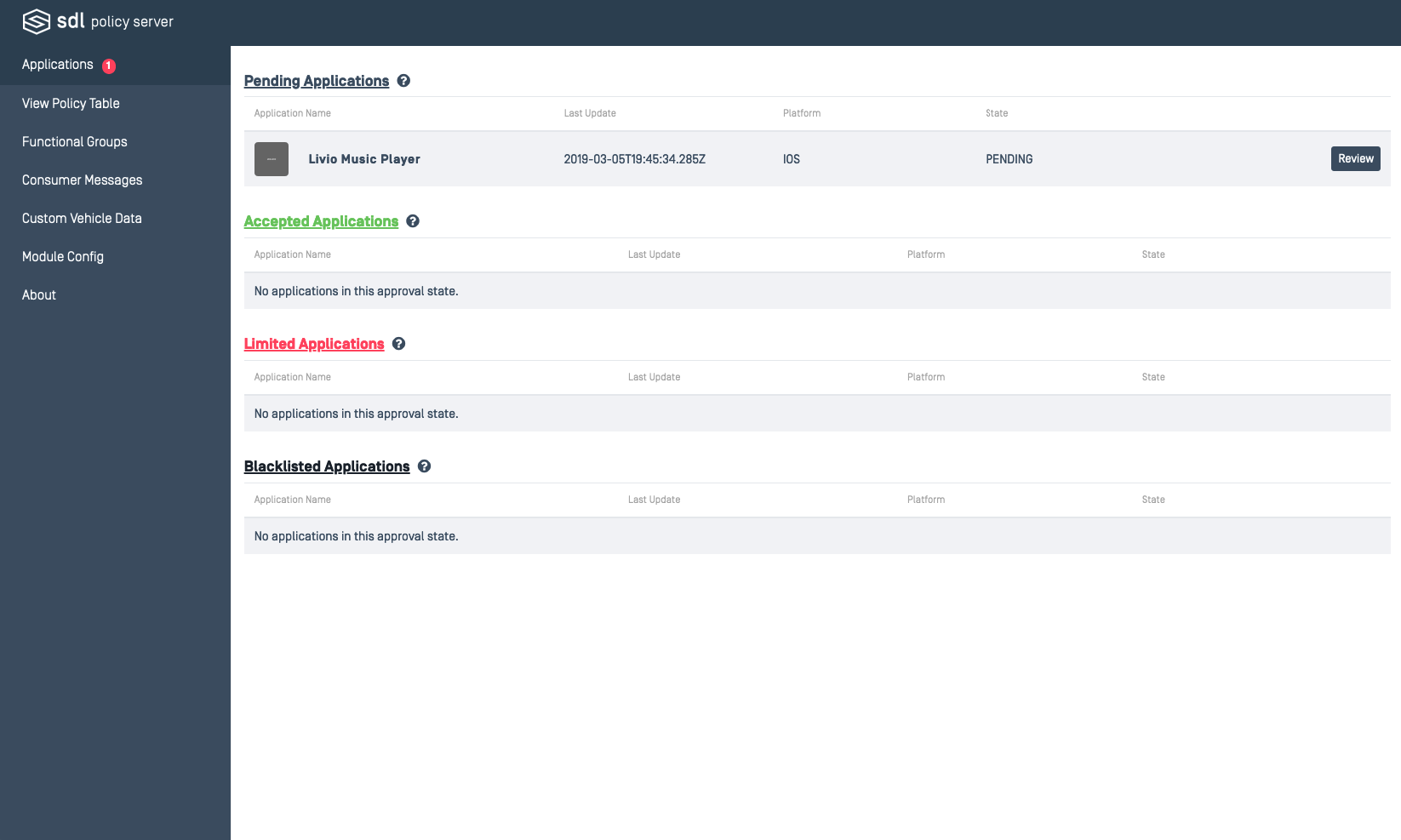 This page displays a list of applications pulled from the SHAID server. When initially added, apps will be pending approval. Reviewing each app will give the user a detailed page on the important information associated with the app such as the requested permissions, developer contact information, and preview of what its segment in the Policy Table would look like. 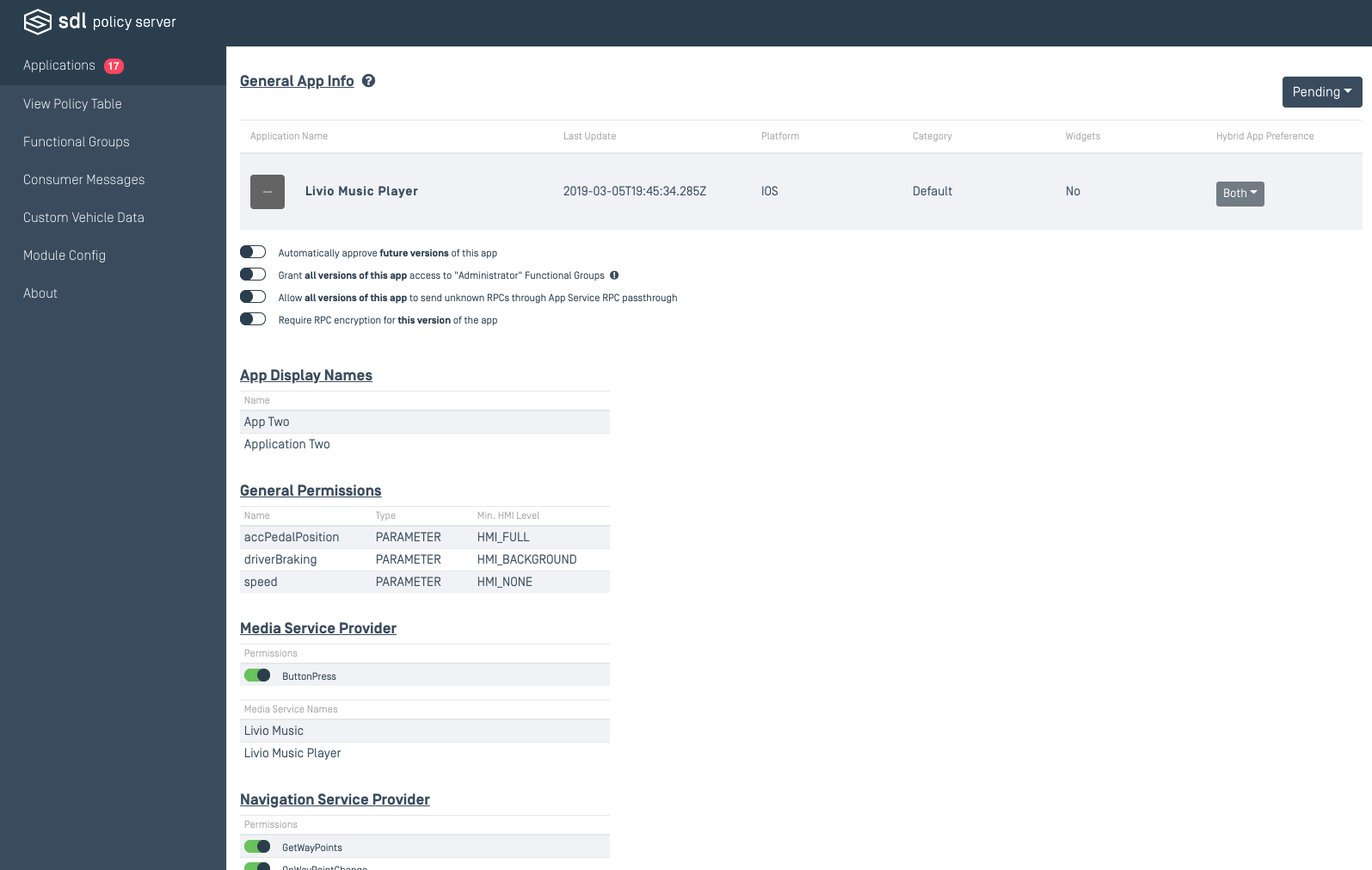 This is an example of how the app and its required permissions will appear in the Policy Table.

Applications in the staging state will have their permissions granted when using the staging policy table, but not the production policy table. This mode is useful for testing purposes.

Applications in the accepted state will have their permissions granted when using both the staging and the production policy table. This state is for applications that are allowed to be used in a production environment.

Limited applications will not receive their requested changes. However, permissions received from the previously accepted version and from default functional groups will still be given. Additional options include providing a reasoning for limiting the application for your future reference. While in the limited state, you also have the option to blacklist the application.

A blacklisted application will not receive any permissions, including permissions from default functional groups. All future update requests will also be blacklisted. This action is reversible.

Each time an app is updated on the SDL Developer Portal at smartdevicelink.com, the app's changes will appear in your Policy Server pending re-approval. If an app is from a trusted developer and you would like to always approve future revisions of it, you can choose to "Automatically approve updates" under "General App Info" of the app's review page.

Newer versions of applications that come in will have a state of pending, but that will not affect the statuses granted to its previously approved versions. The latest permitted application will have their changes used for the policy table until a new version's changes are also permitted.