Mobile World Congress has long been a key industry event held every year in Barcelona, Spain. The GSMA has recently expanded to Mobile World Congress Asia last year, and has now partnered with CTIA for Mobile World Congress Americas. The SDLC joined MWCA this week in San Francisco for this first edition show and doubled up with a first of our own. FordDev, Magellan, and the consortium sponsored the inaugural all-SDL developer conference.

On Monday September 11, nearly 50 hackers kicked off the week with development master classes from Ford’s Timur Pulathaneli and Kevin Burdette. The pair laid out all of the technical details of the iOS and Android SDKs, the available tools for creating and testing an SDL-enabled application for in-vehicle use, and then turned the teams loose on an overnight hack session.

Some hackers arrived with their own teams already formed and ready for action, others teamed up with like-minded developers they met throughout the day and night, and some chose to innovate all on their own.

The hackathon was a buzzing hive of action with coding started early and continuing all night long. Many participants took advantage of the soft and comfy couches that lined the back rooms at One Kearny Club for a quick (or even extended) snooze and a brave few worked on their projects nonstop until the 6:30 AM final bell.

NAB Pilot Sponsored a happy hour beginning at 7 PM that was planned for a rooftop panorama of the beautiful SF skyline. Mother nature provided a spectacular light show complete with lightning and thunder…that forced the event inside. No matter, though. The attendees had a wonderful time chatting and enjoying the show safely through the windows…and the bar was just that much closer to the hackers!

At 7AM, a little bleary eyed and fueled by the fresh coffee delivery, the hack teams finally had their opportunity to show off all their hard work to the judges. Each team had got six minutes to present their idea, display the progress made during the hack, and demo how their solution would work in the vehicle. All of the submissions were well thought out, truly capturing the spirit of the event and the test to bring content solutions in-vehicle using SDL.

After all the judges forms were tallied, only a single point separated the second place and grand prize teams…truly a great battle! The top three placing apps each took home a prize from the competition and were announced on stage during the conference. 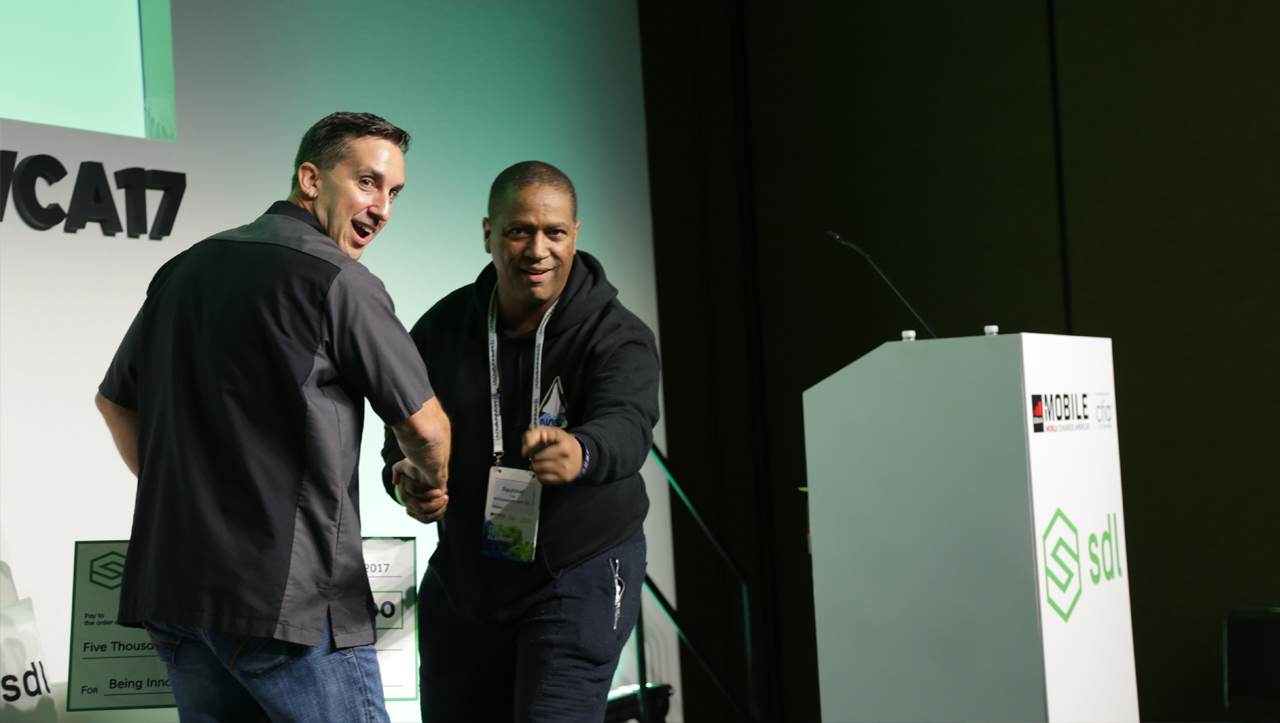 Congratulations to Rauhmel who worked solo all night long and built an SDL application from the ground up! For his efforts, he walked away with the grand prize of $5000 for an application that utilizes the Automatic Packet Reporting System (APRS), a digital communications information channel for Ham radio signals used around the world. The solution would allow a user in a distressed vehicle to send a help request via APRS to Ham operators monitoring that signal for those requiring aid.

SDL app provider iHeartRadio not only supplied all of the music for the hack and the conference breaks, but they also kicked in free passes to the iHeartRadio Industry Party @CES in 2018 for the second place team which was team TomTom and for their integration of mobile navigation using SDL projection.

Third place was awarded to team Hass Alert for their app which alerts drivers of an approaching emergency vehicle and could possibly reroute a driver around instances in the road. Team Haas Alert won a gift pack provided by FordDev with all sorts of goodies in it. 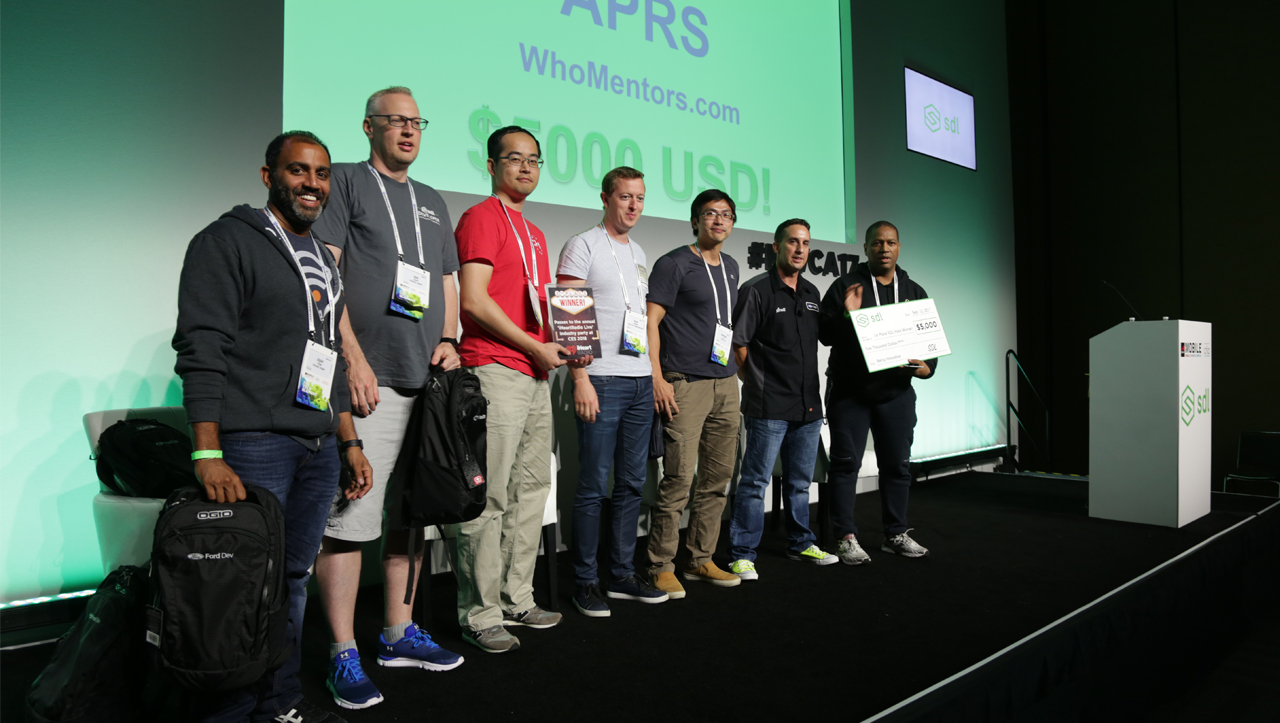